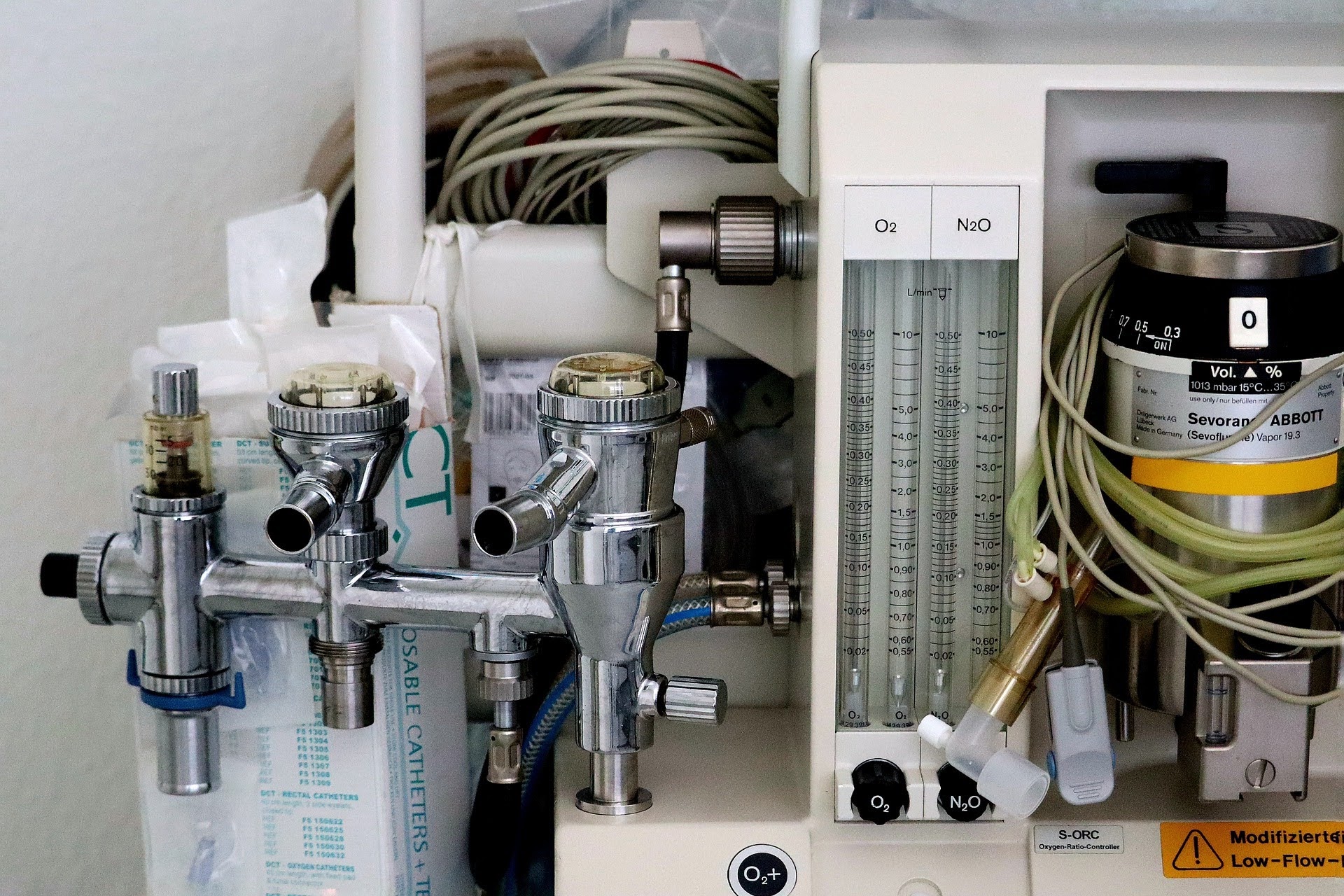 When Texas legislators passed the Texas Medical Liability Act, of tort reform statute, I doubt they contemplated situations where medical records were virtually completely silent about health care that led to serious injury or death.

We increasingly confront the situation, though, in our practice. We are currently working on a case where a patient died from an anaphylactic reaction to CT contrast media and an outpatient imaging facility, which made no mention in the medical records of anything happening.

Similarly, the Eastland Court of Appeals recently entered a second opinion in a case (not one in which Painter Law Firm is involved) involving a patient’s death while under anesthesia care provided by certified registered nurse anesthetist (CRNA). In that case, the medical record documentation was sparse. You can read the opinion here.

According to the underlying trial court lawsuit, the patient died while under general anesthesia for the routine placement of a port-a-cath.

The lawsuit alleged that a certified registered nurse anesthetist named Kristopher Kindle, CRNA was responsible for anesthesia care to the patient during the procedure. CRNA Kindle was an employee of MCH Professional Care, which was also named as a party defendant in the lawsuit. The lawsuit alleged that CRNA Kindle failed to properly use, supervise, and monitor the anesthesia equipment, leading to the patient’s death.

As with all medical malpractice cases, the plaintiff was required by Texas tort reform laws (specifically Texas Civil Practice & Remedies Code Section 74.351) to produce a medical expert report detailing the criticisms against the defendants.

To be sufficient under the law, an expert report must identify the applicable standard of care, how was breached and by whom, and how the violations of the standard of care proximately caused harm to the patient.

In my experience, these preliminary reports must be extremely detailed on all points, linking opinions to facts from the medical and/or other records, to pass muster if challenged at the threshold stage.

The CRNA timely objected to the anesthesiologist’s report, asserting that was insufficient because it failed to identify the specific standards of care or conduct that the CRNA breached.

The expert report detailed that the anesthesiologist’s opinion regarding anesthetic monitoring “really comes from what is NOT documented in this case than what is.” He speculated that the CRNA was distracted and not paying attention to the anesthesia monitor.

The expert’s comment was an interesting one that really hit home to me.

It’s hard to meet the standard of Section 74.351 when the medical records are silent about what happened. The expert made this comment about the CRNA’s sparse documentation in his report: “From what is documented (including  the autopsy report), death doesn’t make sense in this case unless there was a deviation from the standard of care as it relates to monitoring.”

Unfortunately, the anesthesiology expert didn’t or couldn’t specify specifically what that deviation the standard of care was. That’s a very tough position to be in for an expert report to survive a challenge.

The first motion to dismiss

The trial court denied the CRNA’s motion to dismiss, so the CRNA took it up on appeal the first time to the Eastland Court of Appeals. There, the appellate court issued an opinion in 2019 discussing that an expert’s mere conclusions on the breach of the standard of care is not sufficient to constitute a good faith effort of the statute.

The case went back to the trial court, which gave the plaintiff the sole statutory 30-day period to cure any expert report defects. The plaintiff obtained another report from the same anesthesiologist, which detailed these criticisms:

• The CRNA should have completed a preoperative assessment plan before beginning anesthesia. This would’ve resulted in identification of the patient’s morbid obesity and higher risk for intraoperative complications such as decreasing oxygenation levels and rapid heart rate decline. The autopsy showed that the patient experienced rapid oxygen desaturation and plummeting heart rate, which caused death. These would have been avoidable if the CRNA had completed a preoperative assessment and anesthesia plan, which would’ve included offering safer anesthetic alternatives for this particular patient.

• The CRNA shouldn’t have allowed in an experienced third-year medical student to attempt endotracheal intubation on the patient.

• The CRNA should have checked the anesthesia machine, equipment, and monitors for leaks prior to the procedure.

The CRNA objected to the revised expert report from the anesthesiologist, this time alleging that the anesthesiology expert failed to provide the necessary factual basis to support his causation opinions. In other words, the CRNA contended that there were no facts to support that the alleged deviations from standard of care led to the patient’s death.

On the second go-round to the Eastland Court of Appeals, the appellate court analyzed the revised expert report as follows:

• While a written anesthetic plan might be preferred, the lack of a written plan isn’t evidence that the considerations to be documented weren’t actually made or that such considerations were absent from the standard protocol.

• With regard to the actual cause of the patient’s death, the anesthesiology expert simply concluded that the patient died because her oxygen levels decreased and her heart rate dropped. The court concluded that this wasn’t sufficiently detailed to link deviations to the standard of care to causation of death.

• The appellate court was critical of the fact that the expert report failed to reference specific facts, the failure to document a complete and accurate assessment resulted in the delay in proper medical care, and explaining how the delayed medical care led to the tragic outcome.

• The court concluded that the causal nexus between the preoperative assessment and death was not adequately addressed in the anesthesiology expert report and, thus, the report failed to provide a straightforward link between the CRNA’s alleged breach and the patient’s injury and death.

• The anesthesiologist expert’s report didn’t provide a factual summary explaining how the CRNA could have prevented the patient’s complications if he had completed a proper preanesthetic plan.

• The expert report failed to explain what action the CRNA factually did not take, which should have been taken, in response to any specific data obtained from any type of monitoring of the patient’s physiological condition and oxygenation levels. The court felt that “a literal reading of the reports most direct statements concerning breach leads to the conclusion that simply monitoring [the patient’s oxygenation levels], and taking no corrective action, would have prevented her injury.”

• The expert report didn’t factually demonstrate the failure of anesthesia equipment or any deficiency it was a proximate cause of death.

Based on the appellate court’s determination that the second report from the anesthesiology expert was still deficient, the court reversed the trial court’s order denying the CRNA’s motion to dismiss.

Lessons learned from this case

Some physician connections on social media have lamented that in other states physicians have not been allowed to offer standard of care opinions regarding mid-level providers, including physician assistants (PAs), nurse practitioners (NPs), or certified registered nurse anesthetists (CRNAs).

Under Texas law, this isn’t a problem, so long as the specific care at issue in the case is substantially developed in both the medical specialization and mid-level provider’s practice. That’s certainly the situation when it comes to anesthesia care provided by either in a physician anesthesiologist or CRNA.

I find that this case illustrates the challenge, even for a highly qualified expert such as this anesthesiologist, to prepare a comprehensive preliminary expert report when the medical records are silent or sparse. Interestingly, I think a better strategy may have been for the medical expert to focus on one specific criticism.

For preliminary expert reports under Section 74.351, Texas law doesn’t require a comprehensive statement of all opinions. Rather, a sufficient report must identify one theory (standard of care and violation) and then thread the needle to proximate causation, or how the specified poor care led to serious injury or death. That explanation should be very detailed, like a connect the dots puzzle.

If you’ve been seriously injured because of poor medical, hospital, or health care in Texas, then contact a top-rated experienced Texas medical malpractice lawyer for a free consultation about your potential case.