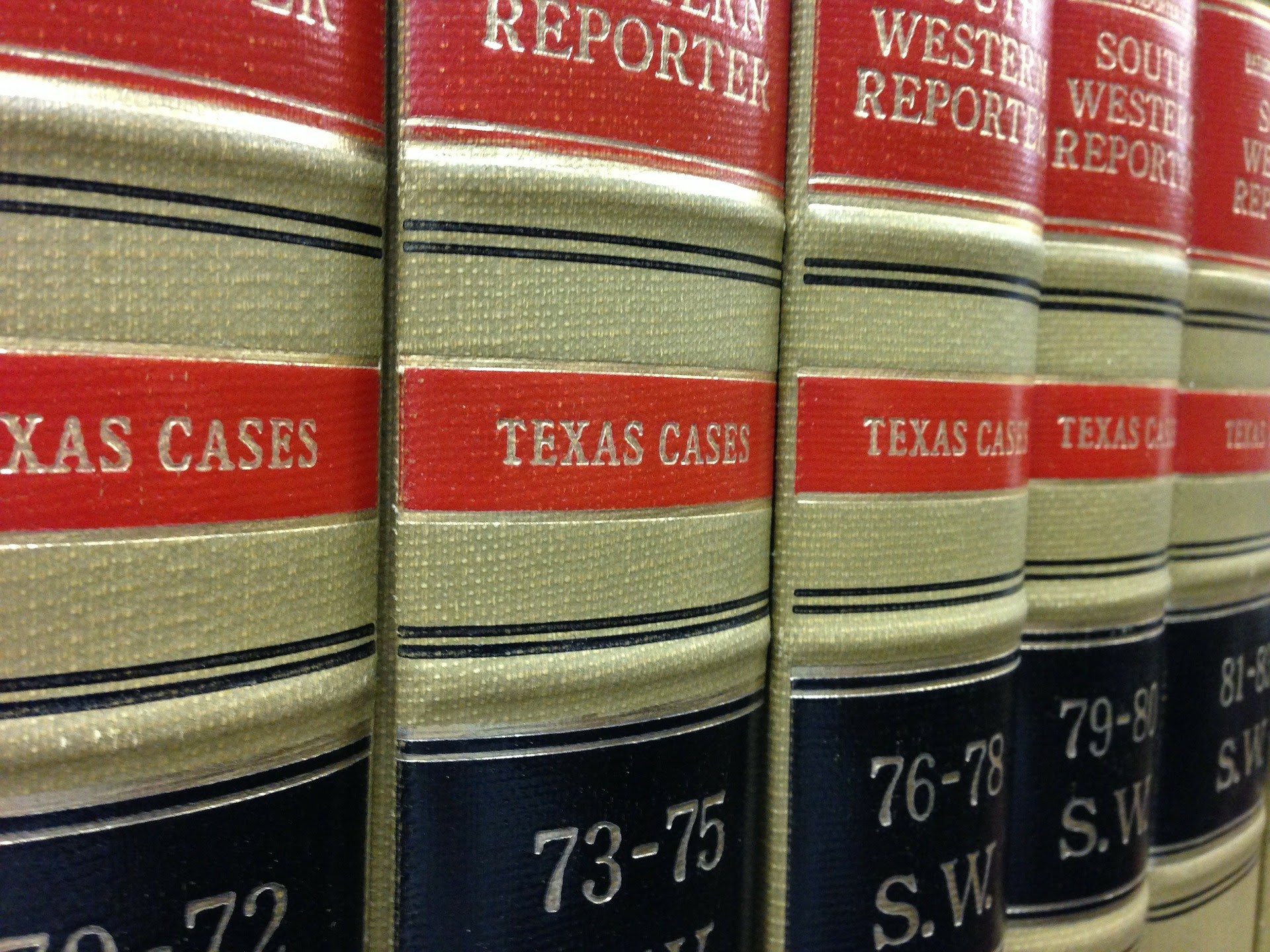 The facts of the case started with a mom giving birth at Hospitals of Providence – East Campus. This 182-bed hospital is located at 3280 Joe Battle Boulevard, in El Paso, and has a labor and delivery unit, among other services.

Some people may find it surprising, though, that a nurse anesthetist performed the epidural placement. In reality, this is becoming increasingly common. Modern anesthesia care is handled by anesthesiologists or certified registered nurse anesthetists.

In this lawsuit, the patient alleged that after delivering her baby, neither of the two CRNAs was able to remove the epidural catheter.

Medical literature reflects that there are a number of known complications related to epidural catheters, including nerve damage, migration, kinking, knotting, and even breakage during insertion or removal. When an epidural catheter breaks, surgery is sometimes necessary.

The patient was sent for a CT scan, which revealed that the distal end of the catheter had lodged in her spine. She was taken to the operating room for an attempt to remove it. This required two partial laminectomies. A partial laminectomy is a spine surgery where part of the vertebral bone (lamina) is removed. Unfortunately, despite this invasive surgical procedure, the spine surgeon wasn’t able to completely remove the catheter, so a portion of it remained in the patient’s spine.

The patient filed a medical malpractice lawsuit, which triggered the tort reform provisions of the Texas Medical Liability Act, Texas Civil Practice & Remedies Code Chapter 74. The requirement that’s material to this case is that a medical negligence plaintiff must serve one or more medical expert reports within 120 days of each defendant filing an original answer in the lawsuit.

These preliminary expert reports have a twofold purpose:

• They must satisfy the trial judge of the claim has merit. The goal is to weed out frivolous claims early in the process of litigation.

At least one expert report must be from a physician. Even though CRNAs increasingly handle anesthesia care, Texas law requires a physician to provide causation testimony—how a negligent act or omission foreseeably caused harm to a patient.

Finally, to be qualified to write an expert report, an expert must have direct experience with the specific health care at issue.

In my experience, these preliminary expert reports are tedious. Many health care defendants and insurance companies challenge the sufficiency of expert reports routinely.  The stakes are high.

To satisfy the 120-day expert report requirement, the plaintiff initially served a report by a board-certified orthopedic surgeon. The report reflected that the surgeon had experience performing laminectomies and administering epidural analgesia for pain management.

Later, the plaintiff served an expert report from a board-certified anesthesiologist who had significant experience in placement of epidural catheters for laboring patients.

The El Paso Court of Appeals noted that both reports were substantively the same, offering the opinion that the improper placement or removal of an epidural catheter violated the standard of care and caused health complications for the patient, including the need for laminectomy surgery.

CRNA Thompson filed objections and a motion to dismiss, claiming that both physician expert reports were insufficient for failing to establish the standard of care applicable to the CRNA, how the CRNA violated the standard of care, and how it caused injury to the plaintiff.

One of the issues that caught my eye is that both physician experts stated in their reports that they couldn’t determine whether the catheter was placed remove correctly without additional information.

I could immediately tell that statement would cause a problem and wondered why both physician experts weren’t more definitive in the language used in their reports. I dug a bit deeper and found the problem in CRNA Thompson’s appellate brief.

The plaintiff’s surgery expert noted in his report that “without the benefit of additional information from the hospital chart to include a note from the person placing the catheter, it is difficult to ascertain whether the catheter was placed correctly or removed correctly.”

In other words, the medical records had a hole big enough for a Mack Truck to drive through—key documentation was missing.

It appears that one of two things occurred, neither of which is acceptable when it comes to documentation requirements:

• The CRNAs didn’t document the placement or removal of the epidural catheter. Texas Board of Nursing Rule 217.11(D) requires all nurses, let alone advanced practice nurses like CRNAs, to “accurately and completely report and document…nursing care rendered.” or

• The CRNA documentation is missing from the patient’s medical record.

Bear in mind that under Texas law, medical expert reports are due before discovery opens. In many instances, defendants will only produce the bear minimum required by law—the medical records—before the plaintiff must produce expert reports.

In my view, this creates an incentive for hospitals or other medical record custodians to play games and withhold records. To be clear, I’m not saying that this happened in this case. It just places an incentive or temptation in the wrong place.

I encountered this situation in a Dallas case last year, where a patient died from a CT contrast reaction at an outpatient imaging facility. The highly-qualified medical experts that we retained to write reports in the case had to deal with the challenge of having absolutely no reference to the event in the imaging center’s medical records—not one word!

In that case, we worked with our medical experts to tighten up the expert report language. We reminded the experts that it’s not possible to give an opinion to medical certainty, but that’s not a problem because that’s not the legal standard. Instead, by looking closely at what was documented, the experts were able to form an opinion based on what likely occurred.

Of course, the defendant imaging center in that case wanted to have its cake and eat it, too—it objected by saying that there were no facts to support the experts’ opinions. The trial court wasn’t impressed when we revealed that the medical records were absent or missing. The Dallas Court of Appeals affirmed the trial court. We won twice.

Back to this CRNA case, though. If supported by the medical records or other available evidence, for example, a statement that it’s likely that the CRNA hadn’t properly placed the epidural catheter would have been beneficial.

At the oral hearing, the trial court found that the surgeon’s report was inadequate because it failed to establish his qualifications to offer an opinion of the standard of care applicable to a CRNA placing or removing epidural catheter. This could have been easily remedied, though, by the surgeon supplementing his expert report to state that the standard of care was substantially developed in both his surgical field and in the practice of nurse anesthetists.

Additionally, the trial court agreed that the expert reports of the surgeon and anesthesiologist didn’t adequately identify the standard of care for each defendant and didn’t distinguish between the two defendants for breach of the standard of care and causation. Again, I think these issues could’ve been easily remedied.

Texas law is clear that if it appears that the plaintiff made a good-faith effort to comply with the statutory requirements and the deficiencies can be corrected, trial courts should liberally grant extensions. Thus, it was no surprise to me that the trial court ruled gave the plaintiff a 30-day period to cure the expert reports.

CRNA Thompson’s team wasn’t happy, though, and didn’t want to wait out the 30-day period and see what happened. Instead, CRNA Thompson rushed to file an appeal. I suspect it was because the defense lawyer knew how easy it would be for the plaintiff to correct the identified deficiencies in the 30-day period.

On appeal, CRNA Thompson argued that the trial court erred because the expert reports by the two board-certified physicians were so substantially deficient that they did not constitute a good-faith effort that would entitle the plaintiff to the 30-day grace period to fix the reports.

When it comes to meeting the Texas statutory expert report requirements, hiring an experienced Texas medical malpractice lawyer may mean the difference between success and dismissal.