Since 2013, the Centers for Medicare and Medicaid Services have cited Park Plaza Hospital with 10 violations 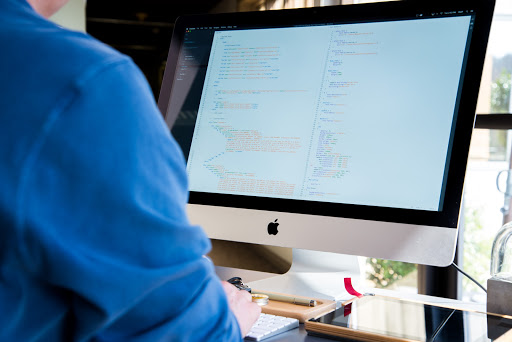 As a Houston, Texas medical malpractice lawyer, I have represented patients and their families in a number of cases where the healthcare at issue occurred at Park Plaza Hospital.

Park Plaza Hospital is located at 1313 Hermann Dr., Houston, TX 77004. According to the latest report from the Texas Department of State Health Services Regulatory Services, dated March 29, 2017, the hospital is owned by TH Healthcare, Ltd, in Dallas, Texas.

On May 1, 2017, though, hospital mega-chain HCA announced that it was purchasing three Houston hospitals, including Park Plaza Hospital. The other two are Houston Northwest Medical Center and Cypress Fairbanks Medical Center.

The first violation was for patient safety. The surveyor found that the hospital failed to implement preventative measures when it learned that a patient who required home oxygen was discharged without oxygen. The surveyor found that this was a failed practice that resulted in the patient becoming oxygen deprived, causing the patient to be hospitalized in a facility within two hours from being discharged from Park Plaza Hospital.

The second violation was for a failure to have adequate registered nurse supervision of nursing care. The surveyor found that the hospital failed to have a registered nurse evaluate a patient’s oxygen saturation status before discharge. The surveyor noted that the patient’s oxygen therapy was discontinued before her oxygen saturation status had been checked by a registered nurse. This failed practice of the hospital resulted in the patient becoming severely oxygen deprived within an hour on regular room air.

The third violation involved a lack of reassessment of a discharged plan. This also concerned the hospital’s failed practice resulting in a patient being admitted to another hospital within five hours of discharge because of oxygen deprivation.

As a Houston, Texas medical negligence attorney, I have handled many cases where inadequate nursing care led to significant patient injuries. Registered nurses are highly-trained healthcare providers, and the standards of care, as well as Texas Board of Nursing regulations, require them to constantly use critical thinking to assess, reassess, and plan for the care of their patients. When this does not happen, it can leave doctors in the dark and present a serious risk to patient safety.

On June 4, 2015, the Medicare/Medicaid surveyor cited Park Plaza Hospital with one violation. The surveyor cited the hospital with a violation for inadequate infection control officer responsibilities. The surveyor found that the hospital failed to ensure that the infection control system controlled infections by ensuring that the staff performed hand hygiene, processed hinged instruments in a manner to ensure sterility, and cleaned equipment storage cabinets.

Hospital-acquired (nosocomial) infections are caused by viral, bacterial, and fungal organisms. According to the Centers for Disease Control and Prevention (CDC), on any given day, about one in 25 patients has at least one healthcare-associated infection. In other words, the very act of seeking healthcare and being hospitalized can put your health at risk. That is why it is important for hospitals, like Park Plaza Hospital, to have robust infection control procedures, along with staff training to follow them, and enforcement.

The first citation concerned a violation of responsibility by the governing body. The surveyor found that the governing body failed to be responsible for organizing, managing, and operating the dietary department. The surveyor found unsanitary conditions throughout the kitchen, where patient food was stored and prepared, and concluded that these conditions could potentially cause food-borne illness in patients.

The second violation also dealt with deficiencies in dietary services at the hospital, specifically finding that the hospital failed to have a quality assurance and improvement program to address the condition of the kitchen and food preparation/storage areas.

The third violation dealt with food and dietetic services. The surveyor found that the hospital failed to ensure that food and dietary organization requirements were met, because no policies were provided to the surveyor for work and food handling techniques and implementation.

The surveyor cited the hospital for violation of patient rights in informed consent. Based on review of records, the surveyor found that three of 10 sampled patients were not provided with a complete and accurate informed consent prior to surgery.

Informed consent is the legal process by which a patient gives permission to doctors and nurses to provide treatment. While from a legal perspective, obtaining informed consent is a non-delegable duty of physicians, it is common practice for nursing staff to handle that paperwork. I always recommend that patients speak with their surgeon or physician about the risks and benefits of a procedure, versus not having the procedure, before giving their informed consent to proceed.

The surveyor issued a second violation on the hospital concerning patient rights for care and a safe setting. The surveyor did a record review and found that 100% of the 14 patients reviewed did not receive care and a safe setting. The specific issue was that supplemental oxygen cylinders were improperly stored in the intensive care unit, which placed 13 patients at a greater risk of the spread of an existing fire.

If you, or someone you care for, has been seriously injured as a result of health care provided at Park Plaza Hospital, near the Texas Medical Center, in Houston, Texas, call Painter Law Firm, at 281-580-8800, for a free consultation about your potential case.

Robert Painter is an experienced and recognized medical malpractice attorney at Painter Law Firm PLLC, in Houston, Texas. He is a former hospital administrator and files medical negligence and wrongful death lawsuits, on behalf of his clients, hospital doctors, surgeons, pharmacies, laboratories, and hospitals, like Park Plaza Hospital.