Since 2014, this hospital has been cited with two violations by the Centers for Medicare and Medicaid Services, over quality of care concerns 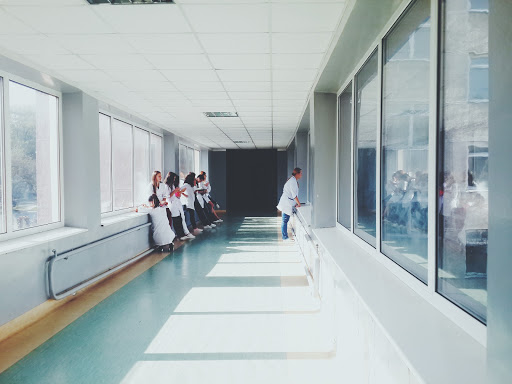 As a Houston, Texas medical malpractice attorney, I have handled a number of cases involving health care provided at Methodist Sugar Land Hospital.

Any time that we began investigating a case involving potential medical malpractice of a hospital, we consider our past experience with the hospital, other lawsuits that are a matter of public record, and other quality of care concerns based on government reports.

The Centers for Medicare and Medicaid Services send surveyors to conduct inspections and review records at accredited hospitals. These surveyor visits are designed to identify and help to correct quality of care concerns.

Since November 2014, Methodist Sugar Land Hospital has been cited with two violations from these Medicare/Medicaid surveys.

On January 13, 2017, the hospital received one violation related to administration of drugs. The surveyor found an instance where the hospital failed to ensure that its nursing staff administered medications in compliance with its own internal policy. The incident was uncovered based on a complaint that alleged that a patient was given 10 different medications in error, causing her to be less responsive, in a coma-like state. The Medicare/Medicaid surveyor met with a registered nurse, who confirmed that the following medications were given to this patient in error: aspirin, atorvastatin, clopidogrel, ferrous sulfate, haloperidol, levothyroxine, metoprolol, pregabalin, and sertraline.

The investigation revealed that this patient had been transferred to the hospital from a nursing home. Anytime this occurs, a process called medication reconciliation, which is the responsibility of the nursing staff, must occur.

The Medicare/Medicaid surveyor interviewed a pharmacist at Methodist Sugar Land Hospital, who said that when a patient is transferred from another facility, the medication list should be reviewed with the family, if they are present. If they are not present, the first medication administration record is put in the computer, for review by a pharmacist. If something looks unusual, the pharmacist should call the nursing home.

In this case, which led to a Medicare/Medicaid violation citation of the hospital, the patient’s medical records contained a summary report that had a different patient’s name on it.

As a former hospital administrator, it is surprising to find an instance when a hospital’s nursing staff gave the wrong patient so many incorrect drugs. The Medicare/Medicaid surveyor, in this instance, found that Methodist Sugar Land Hospital had a policy in place, but it was simply not followed by the nursing staff in this case. It is one thing for hospitals to have a written policy on a computer or in a binder somewhere, but there is an additional responsibility to make sure that its nurses and staff are properly trained on how to comply with policies and procedures.

Again, as a former hospital administrator, I realize that the patient to grievance process is an important tool for hospital leadership to utilize. By learning of incidents and quality of care issues, the administration has the opportunity to provide additional training for staff members to ensure patient safety and proper care.

If you or someone you care for has been seriously injured as a result of medical negligence at Methodist Sugar Land Hospital, call the experienced medical malpractice attorneys at Painter Law Firm, in Houston, Texas, at 281-580-8800, for a free consultation about your potential case.

Robert Painter is an attorney at Painter Law Firm PLLC, in Houston, Texas. He is a former hospital administrator who represents patients and family members in medical malpractice and wrongful death lawsuits against hospitals, doctors, surgeons, anesthesiologists, and other healthcare providers. Martindale Hubbell has awarded him with the prestigious AV designation, and, in 2017, he was recognized by H Texas magazine as one of Houston’s top lawyers.