Lawsuit alleges that neurosurgeon Brian O'Grady, M.D. operated, at least in part, on the wrong part of the patient's brain 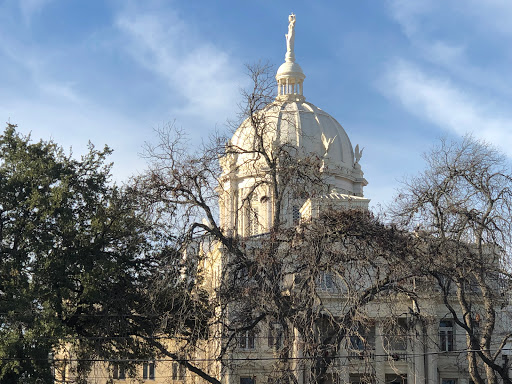 I filed a medical malpractice lawsuit today in Waco, McLennan County, Texas, today alleging that the healthcare providers at Providence Health Center, in Waco, botched a brain surgery on our client.

At the time of the surgery, our client was a man in his 20s who had rather mild neurological issues. The main reason that he sought medical care was an intention tremor. Intention tremors are slow, broad tremors caused by a damage or problem in a certain part of the brain.

Considering that the tremors gradually got worse over a period of three years and his young age, he wanted to see if something could be done to address the problem.

Hydrocephalus, on the other hand, was likely causing his problems, according to our medical experts. Hydrocephalus is an abnormal accumulation of cerebrospinal (CSF) fluid that was putting too much pressure on the brain and causing his problems. That type of brain compression makes sense in terms of neurological problems, like an intention tremor.

Our client’s neurosurgeon, Brian J. O’Grady, M.D., examined him and found a normal cranial nerve evaluation, other than some mild gaze nystagmus (an involuntary jerking the eyes) on both sides.

Dr. O’Grady took the patient to surgery at Providence Health Center for an endoscopic procedure to fenestrate (put holes in) what he felt was a CSD cyst in the brain.

An endoscopic procedure means that the surgeon deliberately makes a small hole in the cranium and inserts the equipment through the whole, rather than removing a larger piece of the cranium for an open procedure.

In addition, Dr. O’Grady used a technique called stereotactic guidance and a CT scan during the surgery.

Although Dr. O’Grady’s operative report does not mention encountering any complications or unusual problems, our medical experts wonder why what is normally a 30-60 minute surgery ended up taking over six hours. We will certainly find out the answer to that question as we conduct discovery and investigation during the lawsuit.

After the surgery, the patient woke up with all kinds of new neurological problems, including severe internal deviation of the left eye, profound weakness in his left arm and face, severe weakness in both legs, difficulty using his tongue, a change in his speech, and problems swallowing. It is highly unlikely that this young man will ever be able to return to work or get back to the normal life that he lived before this alleged medical negligence.

Based on our medical expert review of the CT and MRI scans done after the surgeries, and the type of injuries the patient had after the surgery, we allege in the lawsuit that the neurosurgeon operated, at least in part, on the wrong part of the brain.

Finding the right part of the brain for surgery

As a Houston, Texas medical malpractice attorney, I make it a habit to investigate all areas of any new case. One of the things that caught my attention, in this case, is that Dr. O’Grady used a physician assistant to manage navigation, apparently using BrainLab equipment that is referenced in the operative report contained in the medical records.

When a neurosurgeon talks about navigation in an endoscopic procedure, it means making sure that he is moving the equipment to the correct part of the brain. Think of how important this is. No surgeon or patient would want an endoscope, probe, or other surgical tool operating on or damaging the wrong part of the brain.

While the medical records are unclear on the exact name, model number, and serial number of the BrainLab equipment and software used in our clients surgery, I still wanted to look into whether there had been any reported BrainLab quality problems.

My investigation revealed that the Food and Drug Administration (FDA) identified Class I recall—the most serious type of recall—concerning certain BrainLab devices.

On April 22, 2013, BrainLab recalled its Cranial IGS System and Cranial Navigation Systems (all existing versions before Cranial 3.0), which were distributed nationwide between May 1996 and May 2015. Digging further, I discovered that the affected products were distributed in states including Texas.

According to the FDA, the reason for the recall is “potential inaccuracies in the display by the navigation system compared to the patient’s anatomy. This could lead to inaccurate, ineffective medical procedures, and serious life-threatening injuries including death.”

FDA records reflect that BrainLab did not issue updated software until May 29, 2015, with installation starting in September 2015.

Considering that our client’s surgery at Providence Health Center was only six months after September 2015, and involves a clear navigation error, I believe that the BrainLab issue requires careful investigation.

The medical experts that we have retained to investigate this case have told us that there is clearly a navigation problem and error by any, some, or all of the following:  (1) Dr. O’Grady and his physician assistant, for not recognizing that they were in the wrong part of our client’s brain when they performed surgery; (2) BrainLab for manufacturing and selling a defective device; and (3) Providence Health Center for allowing a defective and dangerous BrainLab to be used in its operating room.

In many states, it would be relatively easy to get to the bottom of the question of the role of BrainLab equipment and software in this tragic case. This would involve a lawsuit and using the discovery process to ask the hospital to identify the name, model, and serial number of all BrainLab equipment and software used during the surgery, along with maintenance records showing when an update was done.

Unfortunately, though, and Texas things are not so simple. Under the 2003 round of medical malpractice tort reform laws, a plaintiff cannot request documents, ask questions, or take depositions—other than requesting copies of the medical records—before serving an expert report explaining, in great detail, the negligence that the plaintiffs believe occurred.

Quite often, it is putting the cart before the horse. In other words, without being able to collect evidence from the hospital, it can be difficult to obtain sufficient information for a medical expert to prepare a report.

Fortunately, in the case that I filed today, we are able to pursue a product liability claim against BrainLab, which is not subject to these discovery limitations under Texas medical malpractice law. Once we obtain the Providence Health Center product and software information from BrainLab, as well as when any updates required by the Class I recall were done, we will be able to finalize the expert opinions against the correct defendants, seeking true and correct injustice for our client.

At Painter Law Firm, in Houston, Texas, we handle medical negligence and wrongful death cases in the Houston area, as well as all over Texas. Many of our clients, including those in Waco, tell us that oftentimes local attorneys are unwilling to file a lawsuit against a hometown hospital. If you find yourself in the situation, call us, at 281-580-8800, for a free consultation about your potential case.

Robert Painter is an attorney at Painter Law Firm PLLC, in Houston, Texas. He represents patients and family members and medical malpractice and wrongful death lawsuits against hospitals, doctors, surgeons, anesthesiologists, and other healthcare providers. In 2017, H Texas magazine named him one of Houston’s Top Lawyers, and the Better Business Bureau honored Painter Law Firm PLLC with its Award of Distinction.