What is a minor settlement hearing in a Texas medical malpractice case? 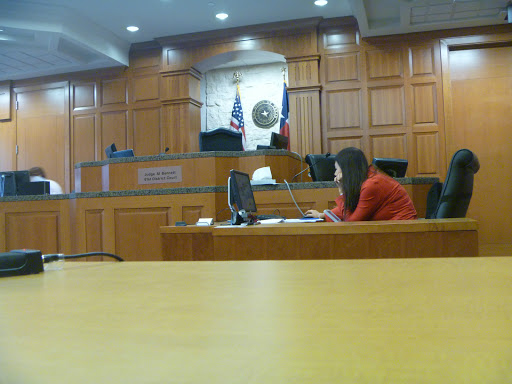 When an adult plaintiff settles a medical malpractice claim with a defendant at mediation or otherwise before trial, the case can be quickly wound up and funded. All that’s involved is preparation of a settlement agreement and release, which the plaintiff signs. Once the settlement check is received by the attorney for the plaintiff, the case is dismissed. The trial court doesn’t have to approve the settlement.

If a minor is involved in a lawsuit, either as the sole plaintiff or one of multiple plaintiffs, there are several more steps to be taken before settlement checks can be issued. This procedure is called a minor settlement prove-up and is designed to protect the interests of the minor.

When there’s a settlement of a Texas medical malpractice lawsuit involving a minor, the proposed terms and distribution of the settlement funds must be approved by the trial court.

The role of the guardian ad litem

Once a settlement agreement is in place, the next thing that needs to happen is that the parties file a motion with the court for appointment of a guardian ad litem.

A guardian ad litem is an attorney whom the court designates to represent the minor. The scope of the guardian ad litem’s work is to become acquainted with the lawsuit generally and the specific terms of the proposed settlement.

Ultimately, the guardian ad litem must make a recommendation to the court on whether to approve the settlement amount and whether the minor’s portion of the total settlement is appropriate. A guardian ad litem typically accomplishes this by obtaining documents from and meeting with the plaintiff’s attorney, the parents of the minor, and sometimes the minor.

A competent plaintiff’s attorney will have already explained to the parents that the minor’s portion of the settlement proceeds belong to the minor, not the parents. A trial court judge will not approve a minor settlement without some legal means of protecting the funds for the use and benefit of the minor.

One of the issues that experienced attorneys for plaintiffs and guardians ad litem consider is protecting the minor’s eligibility for Medicaid or other needs-based governmental programs. One of the investment vehicles that provides this protection is a special needs trust.

Once the guardian ad litem has completed the necessary research and investigation into the matter, the parties will set a minor settlement hearing with the trial court. The parents of the minor, and sometimes the minor, must attend the hearing.

At least one parent will be sworn in as a witness to answer questions in open court about the lawsuit and settlement. Typically, either the plaintiff’s attorney or guardian ad litem will ask the parental witness questions about subjects like:

• The allegations of the lawsuit.

• The family situation of the minor.

• The amount of the settlement.

• The amount of attorney’s fees and expenses.

• Whether the parent believes that the proposed settlement and distribution are in the best interest of the minor.

The judge may ask some questions as well.

While this is a new experience for most people, it doesn’t have to be stressful. These hearings are typically worked out in advance, and an experienced Texas medical malpractice attorney representing the plaintiff will prepare the witnesses in advance for what to expect.

Once the settlement is approved, funding usually occurs within 30 days.