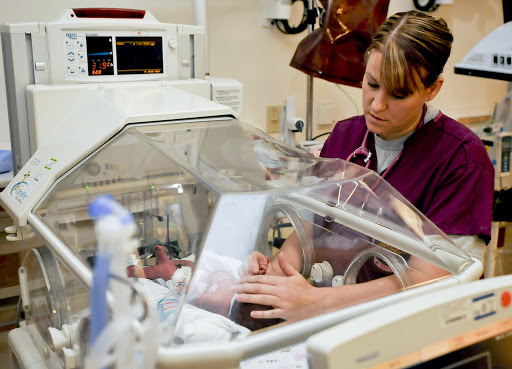 Strokes are one of the causes of cerebral palsy in newborns that get little attention. Perinatal arterial ischemic stroke (PAIS) is the usual culprit, causing damage to part of the brain because of compromised blood flow in one of the major cerebral arteries.

The brain is such an important organ to the body that it requires an extensive network of blood vessels that supply it with oxygen and nourishment. The internal carotid arteries are major trunks that supply both sides of the brain. The middle cerebral artery branches off from the internal carotid arteries and is the most common artery to be affected by PAIS. Sometimes, perinatal arterial ischemic stroke hits the posterior or anterior cerebral arteries, but that occurs more rarely.

The middle cerebral artery supplies blood to the areas of the brain that control motor and sensory functions in the face, throat, arms, and hands, plus the speech center. When an infant has a perinatal arterial ischemic stroke involving the middle cerebral artery, the disruption of normal function of these important areas often causes the baby to have seizures.

Risks and causes of PAIS

PAIS has a number of risk factors that you should be aware of, including low amniotic fluid (oligohydramnios), preeclampsia (maternal high blood pressure), prolonged rupture of membranes, umbilical cord abnormalities, and chorioamnionitis (a bacterial infection in the mom). In addition, research has shown that moms giving birth to their first child have an increased risk.

These conditions can cause a number of different problems that can lead to PAIS, including thrombosis, embolisms, vasospasms, inflammatory processes, and trauma.

Negligence and trauma can cause perinatal arterial ischemic stroke

While a newborn stroke is not always avoidable, in some situations it’s caused by negligence in prenatal care or labor and delivery. For instance, direct trauma to key arteries supplying the brain, like the middle cerebral artery, can cause PAIS.

One type of direct trauma involves the improper use of medical equipment during labor and delivery.

OB/GYN physicians, midwives, nurses, and other personnel involved in labor and delivery can be negligent by improperly using devices during the traumatic delivery of a baby.

The improper use of forceps can cause a tear in the inner lining of the cerebral arteries and can cause a newborn stroke.

Another type of trauma involves the failure of the OB/GYN or prenatal provider to properly assess the size of the baby as the due date approaches. When the baby’s head is too big to fit through the birth canal, which is called cephalopelvic disproportion, it can cause direct injury to the cerebral arteries. Moms and babies are at a higher risk when the pregnancy has passed the 40-week mark, the mom has gestational diabetes, the mom has a small pelvis, or the baby is large in size. In some cases, it’s safer for both the baby and mom for delivery by a C-section.

A final type of trauma that has been recently recognized in the medical literature is the excessive use of Pitocin, a drug that artificially induces labor. For many years, physicians and parents viewed Pitocin as a sort of wonder drug that allowed you to basically schedule a natural vaginal delivery of a baby. Now we know that this convenience doesn’t come without risk.

In 2007, the U.S. Food & Drug Administration (FDA) issued a black-box warning for Pitocin, that recommends use only when induction of labor is medically necessary or when labor has stalled. The reason for this change is that Pitocin functions by triggering uterine contractions. In some cases, though, it causes excessive uterine activity that can injure the baby by impairing the oxygen supply. In the worst cases, the lack of oxygen affects the brain, causing a permanent brain injury called hypoxic-ischemic encephalopathy (HIE).

The medicine and law involving birth and brain injuries are complex. That’s why it’s important to contact a top-rated Houston, Texas lawyer with significant medical malpractice experience to evaluate your potential case.