The three most common types of misdiagnosis

40,000–80,000 patients die each year in American hospitals because of misdiagnosis 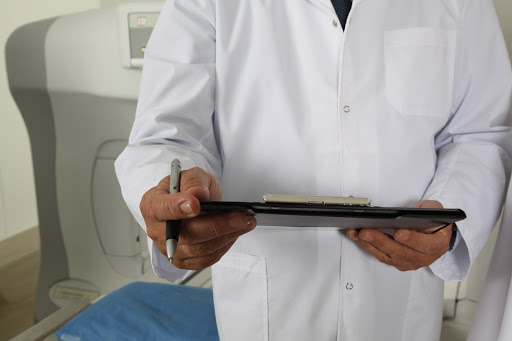 It’s frustrating to go to the doctor, urgent care, emergency room, or hospital with concerning symptoms only to be sent home after being told that nothing’s wrong. After all, you seek professional medical help when you know something’s wrong!

As a Houston, Texas medical malpractice attorney, I’ve handled countless cases where this happened to my clients. That’s why I wasn’t surprised to read a recent peer-reviewed medical study that concluded that an astounding 40,000 to 80,000 patients die every year in the United States because of misdiagnosis in a hospital.

On top of those concerning statistics, the researchers estimated that another 12 million Americans experience at least one primary care misdiagnosis error each year. One-third of these diagnostic errors by primary care doctors, physician’s assistants, and nurse practitioners cause serious permanent damage or death.

Of all conditions, the study found that three types of conditions are most commonly misdiagnosed: vascular events, infections, and cancers. Interestingly, the data show that the top category among the big three differs by age group. Infections were the number 1 misdiagnosis category for people 20 or younger and over 90 years old. For patients aged 2-80, cancers were number 1. Vascular events were number 1 for people 81-90 years old.

I’ve represented several clients in medical malpractice cases where patients immediately went to the hospital when they suddenly developed clear stroke symptoms but were sent home from the emergency room with a botched diagnosis. They now must live with life-long medical problems because of being misdiagnosed with benign conditions like migraine headache, vertigo, or anxiety, when they were having a stroke!

Sometimes patients and family members develop self-doubt and then give in to a doctor’s bad diagnosis when they’re told that a head CT scan that was done as part of a stroke workup was negative. A CT scan will never come back positive for an acute stroke. In fact, that’s not the reason that physicians order a head CT scan in the first place—they’re performed to make sure there’s not brain bleeding that would be a contraindication (a stop sign) for using the clot-busting drug tPA.

I think it’s always best to ask for a second opinion before leaving the hospital under these circumstances.

In my experience, infection misdiagnosis errors occur in hospitals, emergency rooms, intensive care units (ICUs), nursing homes—all over the place. Doctors and nurses sometimes overlook signs and symptoms of infection in patients who are being treated for other conditions. For example, I’m working on a case now where a man was being treated in a hospital ICU for injuries from a car wreck. The doctors and nurses ignored textbook signs of an infection that he developed in the hospital until it was too late. He would’ve survived the car accident injuries, but ended up losing his life to an undiagnosed, untreated infection that progressed into septic shock.

In cancer cases, perhaps the most common error I’ve seen involves communication. There’s something suspicious on a radiology scan or exam, but no one mentions it to the patient and there’s no follow-up. This can lead to a significant delay in additional testing and treatment. The earlier the treatment the better the odds of survival for cancer patients.

If you’ve been seriously injured because of an error in diagnosis, then contact a top-rated Houston, Texas medical malpractice lawyer for competent advice about your potential case.