Robert Painter is a former hospital administrator. As an attorney, he focuses on getting justice for patients and family members who’ve experienced life-changing injuries or wrongful death because of medical malpractice.

Robert has always been interested in health care. He started his graduate education in medical school and was awarded a full scholarship from the U.S. Army. Midway through medical school, he worried about the direction of health care in America and decided that he could have a more positive impact for patient safety in health law.

Before enrolling at Baylor Law School, though, it was time to repay the U.S. Army. He served two years on active duty as an officer in the U.S. Army. His main assignment was as a hospital administrator at Fort Leonard Wood, Missouri.

Robert excelled at Baylor and was elected to law review and as moot court president. He began his legal career at the prestigious law firm of Fulbright & Jaworski. In his six years there, he worked in the health litigation group, defending hospitals and health care providers.

Many clients and other attorneys pick Robert because of his unique experience in medical school, as a hospital administrator, and defending hospitals and doctors. On top of that, there’s his proven track record of recoveries for his clients.

• Order of the Polar Star, awarded by Tsakhia Elbegdorj, President of Mongolia (2013)

• Chairman of the Board of Directors, Houston Northwest Chamber of Commerce (2011)

• Board of Directors, The Crown College (2012–present)

• Chairman of the Board of Directors, Bellwether Forum (a nonprofit organization that provides political, campaign and public policy programs in the U.S. and abroad) (2002–present)

Favorite Quote About His Law Practice 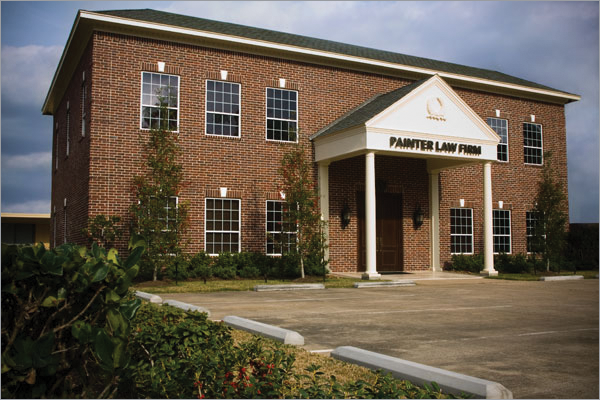 Every day we help real people who have suffered catastrophic injuries or death because of medical negligence. recovered in one year for our clients

Avvo's Attorney Rankings for our lawyers

See what our clients say

Read all our reviews or write your own

Extremely competent attorney and staff. Mr. Painter and his caring staff will listen to you and provide you with the best alternatives. Highly recommend.

Mr. Painter was great helped us with our case perfectly and any additional questions we had. The office was so kind, everyone treated us like family. We really appreciate everything Mr. Painter did. I recommend his services.

Mr. Painter was very personal and professional and attentive to all the details. I highly recommended him, and would use him again.The staff was very professional and friendly, as well. My questions and concerns were always responded to immediately.

When I went to Painter Law Firm about my medical case, I was almost out of time and they jumped right on it for me. The whole office made me feel comfortable and kept me informed along the way. I'm very happy with the outcome and would use them again in a heartbeat.

I survived a horrible situation with a surgeon and called Painter Law Firm for help. Robert Painter, Linda, Julie, Catharine, Sharon, and everyone at the law firm were so nice and treated me like family. Mr. Painter didn't use big words, but explained things to me like a regular person. We went to mediation and got a good settlement for my case. It took a big weight off my shoulders. I'm grateful to them and the Lord for all of their help.

All I can say is Mr. Painter gave me wonderful, outstanding legal advise He understood the seriousness of my case. Furtheremore , he hired an excellent expert witness to help prove the doctor's made a mistake that harmed me.

I have nothing but wonderful things to say about the Painter Law Firm. I was a young mother of 2, needing legal help with my newly born son. I was new to it all, and he guided me through it all. He helped me and my family in the welfare of our son in so many ways. My family and I will forever be grateful to him. Not only is Mr. Painter a wonderful lawyer, he treats you like family, along with his amazing staff. I am so happy I found him. I recommend anyone needing legal help, to choose this firm. It was one of the best things our family have ever done.

Robert Painter of the Painter Law Firm was absolutely brilliant! My case became very complex but Mr. Painter strategized and executed the plan with precision and perfection to the point he was able to head off potential downfalls and we were prepared. He fought for me and the injustice of the situation with extreme passion. It was impressive to watch him quickly use case law to combat the defendants arguments and objections with his knowledge of the law. The entire office is professional and courteous. You will not go wrong using this law firm!! It is not often we need legal representation but when I do, I will call The Painter Law firm to ensure I will be treated with respect and know they are fighting for me.

Mr. Painter is extremely friendly and made time to listen to my story, although it was rather difficult for me to talk about. He was informative and realistic about my case, but more importantly, he was very honest. It breaks my heart that my husband will only see his daughters from Heaven but it puts my mind at rest knowing that justice was somewhat served.....and this could possibly save someone else's life from ending.

My wife and I hired attorney Robert Painter and his team at Painter Law Firm after our baby was injured in the hospital shortly after birth. They helped us through a sad and traumatic experience, and were professional and helpful throughout the lawsuit.